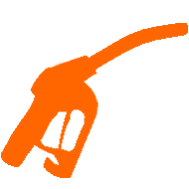 Mr. Muhammad Shehzad Anjum (Company Secretary / Director Admin)
The Dynamic personality and approach towards the work has been the hallmark of the personality of Chaudhary Muhammad Shahazad Anjum. A self made man, who with his hard work and dedication developed for himself one of the largest network of petrol Stations and become one of the top dealer in Petroleum Oil and Lubricant products in the country. Due to his hard work and dedication his work in the field is recognized.With his expertise in the field of petroleum and oil products and know how in the particular business, he became a very useful member in taking the business to new heights of success. Under his able guidance it became easier for the company to achieve the goals it had set for itself and it is on the path of growth continuously.He is a person with vision and his strength is the backbone of the company. In addition to him being a Director of the company, he also holds the portfolio of Director Administration and development of the company, thus contributing towards the growth of the company substantially.

Mr. Mian Sohail Nasim (CEO)
Mr. Nasim Sadiq’s (the pioneer in the field of oil, lubricants and petroleum product trade) younger son Mr. Sohail Nasim inherited vast knowledge and experience from his father and followed through with the vision of his elder brother. He is acting as Director Commercial (To Date) of a Company and is putting extra ordinary effort in establishing the sales/marketing segment of a company. It can be assessed by his proven abilities that Askar 1 is continuously growing its network across Pakistan. Mr. Sohail’s dedication with the organization has made it to establish 300 pumps in a short spam and Company is intending to further establish 600 pumps shortly. It is Mr. Sohail Nasim’s dynamic approach, diligence and extra ordinary dedication which have made the Company to cover milestones. Mr. Sohail’s future vision is to make Askar-1 as the number one Petroleum organization of Pakistan as envisaged by its logo.

To assist in the formulation and ensure the effective execution of sound and equitable economic and financial policies, that put Askar Oil Services on the path of sustained economic development and macro-economic stability with a view to improving the growth of our company.
Achieving allocative efficiency through best budget making practices Strengthening Customer Finance Management Efficient Macro-Economic and Fiscal Management Meaningful coordination with financial institutions achieving long term debt sustainability Optimizing availability.